A look at the spectacular deserts around the world

As vast, empty spaces devoid of much habitation, the world's deserts are perceived as being lonely places, but ones that have the ability to fascinate and mesmerise for their sheer expanse.

One thing most deserts have in common is their uncompromising and often hostile environment, which can prove a serious barrier to human habitation. Hot temperatures can soar unexpectedly and water is usually in very short supply.

Unprepared adventurers can quickly dehydrate or suffer from heatstroke and that's in addition to the risks posed by desert creatures and events such as sandstorms. A common misconception is that all deserts are hot, but some are in fact very cold and this brings risk of frostbite and hypothermia.

To compile a list of the top ten deserts in the world is a matter of opinion, but by pinpointing some of the largest and most documented examples, we begin to form an insight into these amazing places and their unique character.

Despite the difficulties, human life has continued across most deserts for hundreds of years, particularly the culture of nomadic tribes and groups of indigenous people who are well-equipped at supporting themselves through a combination of life skills and a survival instinct.

Sahara Desert
One of the most well-known deserts is, of course, the Sahara, a huge subtropical space occupying 3,629,360 sq miles across parts of Egypt, Algeria, Chad, Libya, Morocco, Tunisia and other locations. Known for its dramatic sand dunes, craggy valleys and extremely hot climate, the Sahara sees little vegetation thrive in its harsh conditions, yet lizards, snakes, foxes, birds and other animals carve out an existence here. 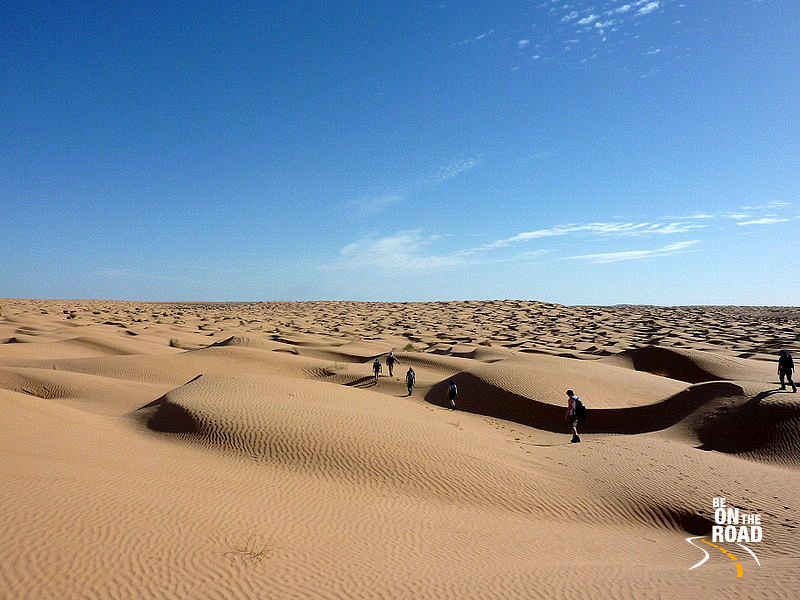 Arabian Desert
With around 2,300,000 sq miles of barren land, The Arabian desert is not far behind and is also a haunting wilderness, but one which differs from the Sahara due to its areas of red dunes and dangerous quick sand, making its terrain especially difficult to negotiate. Spreading from from Yemen to the Persian Gulf and Oman to Jordan and Iraq, this desert sees many adapted species, including sand cats, gazelles and lizards surviving here, where the blistering summer temperatures reach 54 °C.

Gobi Desert
Another prime example of a huge desert region is Gobi in Asia, which covers parts of China and Mongolia. This area sees colder temperatures, but also more variation, with examples ranging from -40°C in winter to +50°C in summer. A site of much fossil discovery, dinosaur eggs have been found here, hinting at its long history of sustaining life. With many plateaus, basins, mountain ranges and a changing landscape, the Gobi desert is a varied and unpredictable place that adapts to the climate at the time. 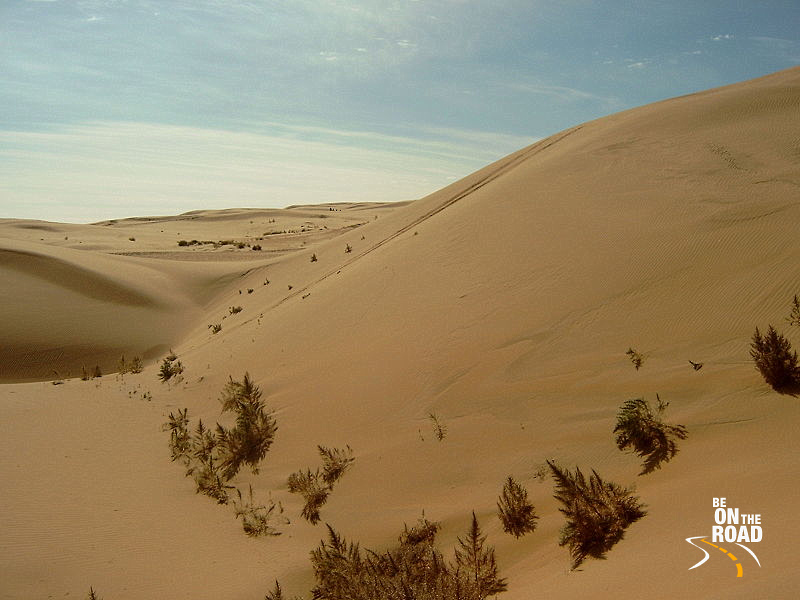 Kalahari Desert
The Kalahari Desert is a large, sandy area in Southern Africa covering 350,000 sq miles, including much of Botswana, Namibia and South Africa. The name Kalahari is a derivation of the Tswana term "Kgala", which means "the great thirst", together with "Kgalagadi", "Khalagari" or "Kalagare", which relate to "a waterless place". Despite its name, the Kalahari is actually rich in plants and animals. A small amount of yearly rainfall creates watering holes, supporting animals such as leopards and cheetahs. Trees and grasses manage to thrive, including some local fruit varieties, making it less barren than many other deserts. 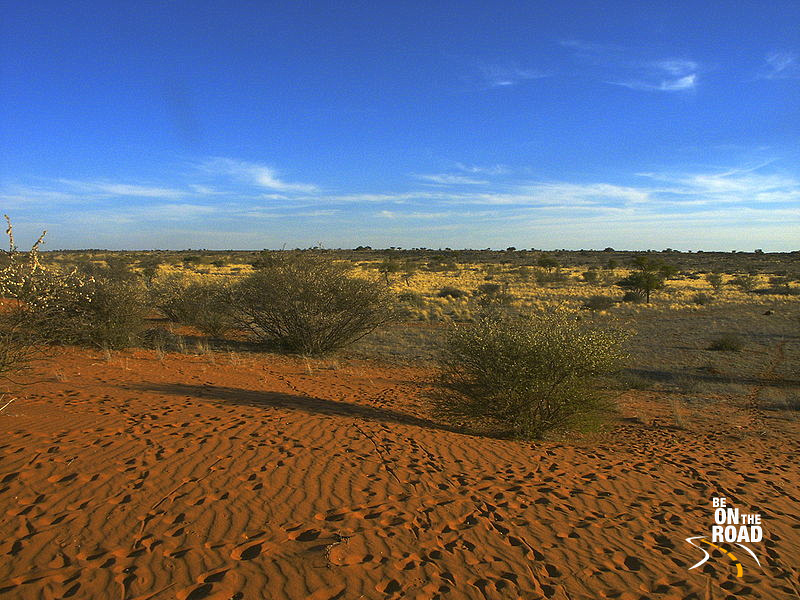 Patagonian Desert
The Patagonian Desert is another example of a harsh climate that still supports a reasonable amount of animal and plant life. As the 7th largest desert in the world, occupying 260,000 sq miles, this barren Argentinian landscape is home to owls, pumas, weasels and iguanas and also to typical desert plants such as tuft grasses and shrubs. Although sparsely populated today, there was much settlement in the past and this has been evidenced through cave paintings and records dating to the 18th century.

Great Victoria Desert
With a degree of colour and diversity when compared to some other deserts, Great Victoria in Southern Australia is awash with shades of brown and red and also features grasslands, pebbled areas and salt lakes. Existing across 163,900 sq miles, the desert sees temperatures of between 32 to 40 °C in summer, while in winter, this falls to 18 to 23 °C. British explorer Ernest Giles was the first European to cross this vast space in 1875 and in recognition; he named it after Queen Victoria.

Great Basin Desert
Great Basin Desert is a cold area across Nevada and parts of California and Utah, in the United States. Incorporating the Great Basin National Park, this region is 39,505 sq miles in size and owes its very existence to the rain shadow effect of the Sierra Nevada desert to the west. It has a typical desert landscape and is a good example of a colder area.

Chihuahuan Desert
Bordering parts of the United States and Mexico, the Chihuahuan Desert is based in an area of 139,769 sq miles, making it the second largest desert in North America, after the Great Basin Desert. The tricky terrain consists mostly of basins interspersed with a number of small mountain ranges. The World Wide Fund for Nature has said that the Chihuahuan Desert may be the most biologically diverse desert in the world, whether it is measured by diversity in species or by endemism. However, many native species having been taken over by the aggressive Creosote Bush which thrives here. 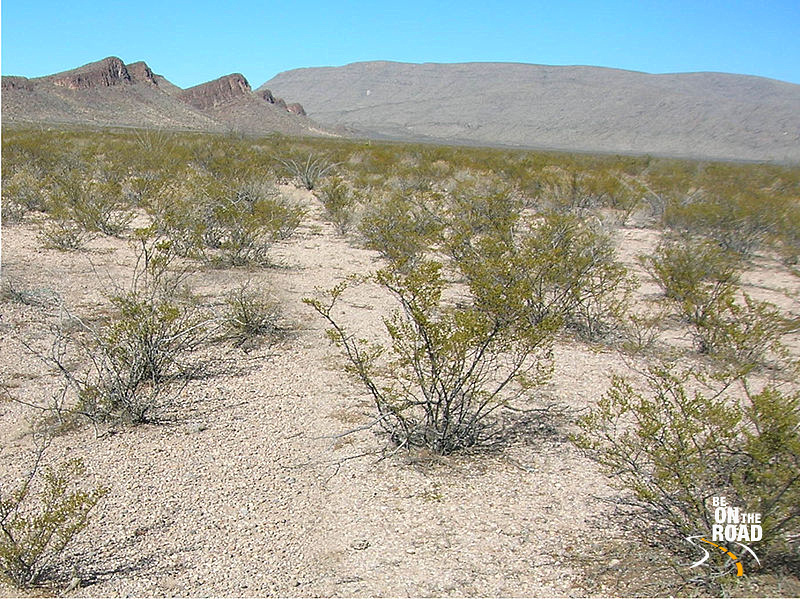 Karakum Desert
The Karakum Desert takes its name from the words Gara Gum and Kara-Kum which mean 'black sand' and is a desert in Central Asia. Occupying around 70% of the area of Turkmenistan, the area is very dry and arid, with rainfall occurring around once every ten years. Where this desert differs to others is through the addition of the world's second largest irrigation canal, the Kara Kum Canal, which has transported large quantities of water since its beginnings in 1954. The desert is also famous for some human remains found here that archaeologists have dated back to the Stone Age. 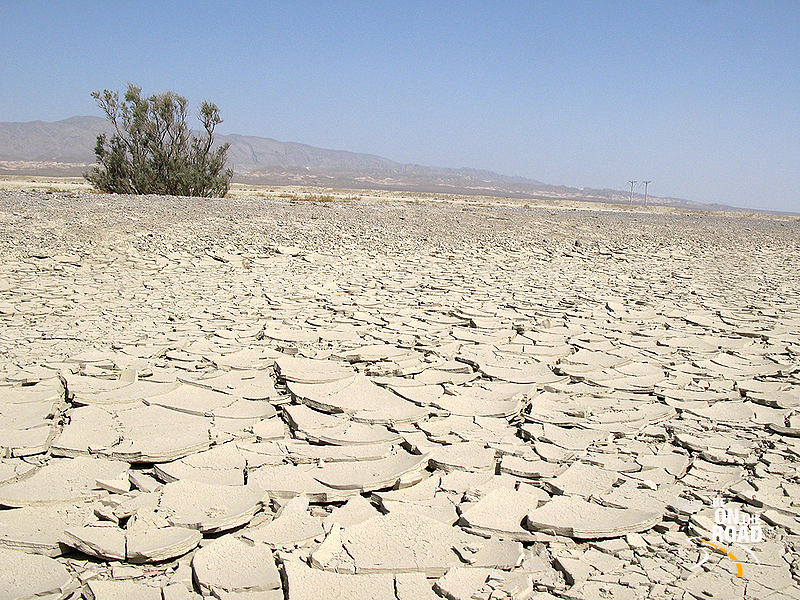 Although there's no denying the flat and often featureless landscapes, deserts can also be very beautiful, melancholy places subject to outstanding lighting, eerie silences and unusual life forms. There's no doubt that despite their prominence, much of the terrain remains largely unexplored by the masses for a number of reasons. This relative undiscovered helps to retain the deserts' unique and arresting sense of beauty, mystery and intrigue.

Note: All the pictures in this post have been borrowed from commons.wikipedia.org.