Ladakh is the land of monasteries. Once upon a time, the entire region of Ladakh used to revolve around these monasteries. In fact, most of their festivals are celebrated with a lot of fervour in these monasteries. While the ones at Lamayuru and Alchi are the oldest, the one tucked near the Hemis high altitude national park is the richest in the region. 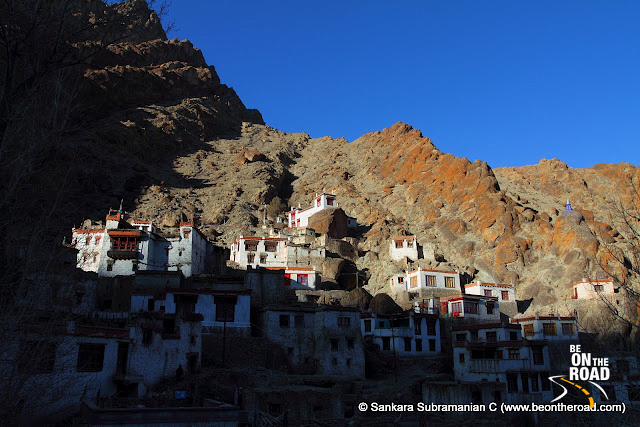 The Hemis monastery, situated about 45 kms from Leh is a Tibetan Buddhist monastery of the Drukpa Lineage. It is situated on the right side on the road that leads from Leh to Manali and is about 10 kms from Karo. The monastery and the rest of the Hemis town is unbelievably colder than the rest of the region owing to its higher altitude and the fact that it doesn’t get much sun in the winters. 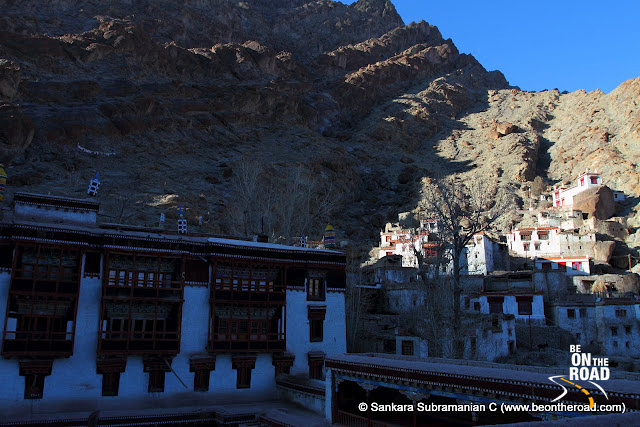 While I was there this winter, the cold factor was so harsh that pressing the camera shutter even with a couple of gloves itself was a challenge. As the sun hardly hits this town, most of the town never warms up and the cold bites right through you. 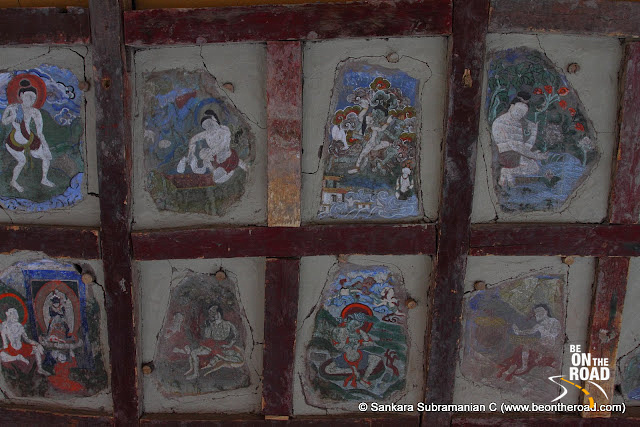 But, keeping the weather aside, the monastery and the place is quite exquisite. This is where the annual Hemis festival honouring Padmasambhava is held every June. The views of the Western Himalayas from the top of monastery is spectacular. The murals inside the monastery are very ornate too. Even though this monastery began in the 11th century and then re-established in 1672, this monastery still exists in pristine condition. 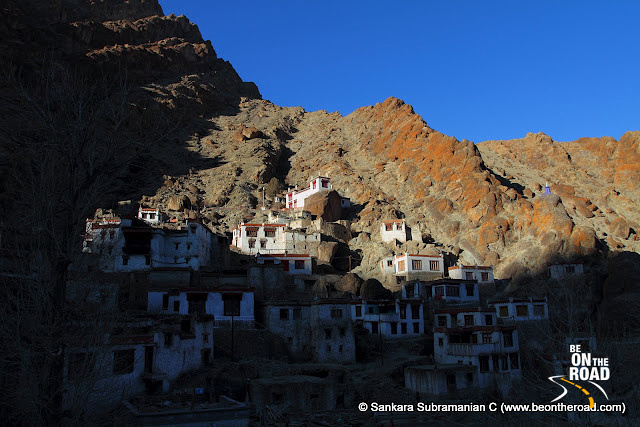 In the summer and during the festival days, this place is completely happening, but if you can bear the chill factor, then even the winters can be enterprising with its calmness, its frozen streams, its spectacular views and serene atmosphere. I would definitely recommend a visit to this place if you happen to visit Ladakh. A day trip would be ideal to explore this place and if you have more time, you can continue from here and continue towards the Hemis High Altitude National Park and spot some wildlife, especially the snow leopard. And if you are interested in trekking, you can go on the exciting Markha valley trek that begins from the Hemis High Altitude National Park and ends in the Zanskar region.