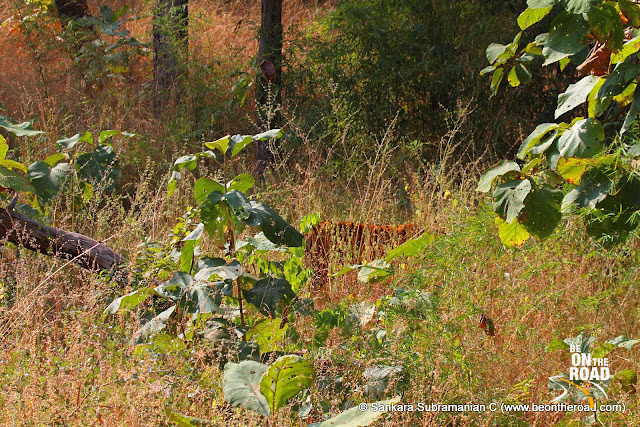 This is one of the larger tiger reserves that is not well known among the masses and thus the reason for its excellent health. Only people in Maharashtra and the wildlife fraternity of India seem to know this place well. But, apparently, this place is real famous for its tigers. Such is their fame that National Geographic and Discovery Channel visit this place regularly. 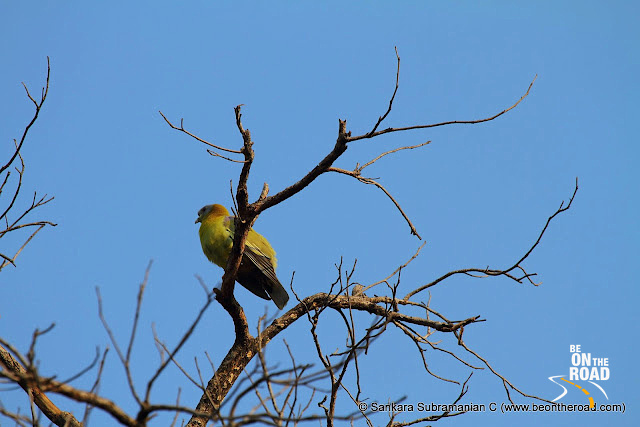 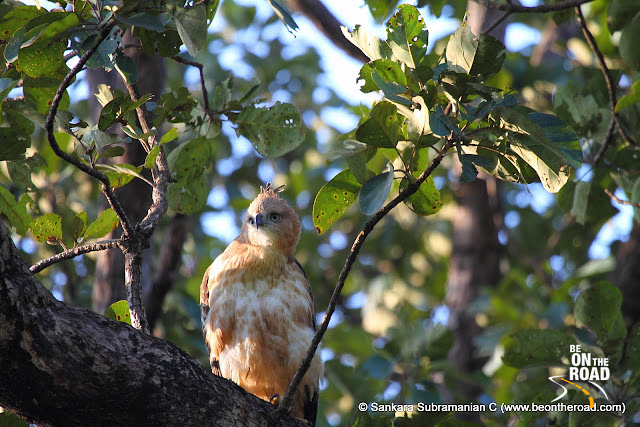 Another speciality about this place is that it is one of the few tiger reserves that is open all year round. The monsoon sightings here are considered phenomenal. Hence, everyone going to this place is awed even before actually setting foot inside this tiger reserve. 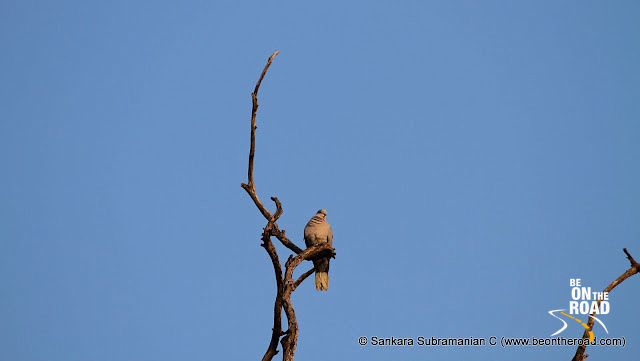 Such was the case with me and my friends. I have been to Tadoba before, but the previous visit was more than a decade old. Our plan was to stay here for 4 days and do a total of 5 jungle safaris. The ‘tiger’ and to some extent, the ‘leopard’ are the only buzz words here. No one seems to be bothered about the other animals here.

But, may be because it is very difficult to spot these various other species here in this pristine terrain. In fact, me and my friends were pleasantly surprised when we found very less bird species in this tiger reserve. During each visit, we would find the jungle silent, which is very different from other wildlife sanctuaries and national parks, where bird calls would be the norm everywhere.

We did manage to see some birds, but not as many as what we would have seen else where. And like others, we also diverted our energies to tracking the king of the jungle. Each morning would begin by tracking pug marks and droppings. There would be long waits just to see if a tiger crosses the jeep track somewhere through the bushes. 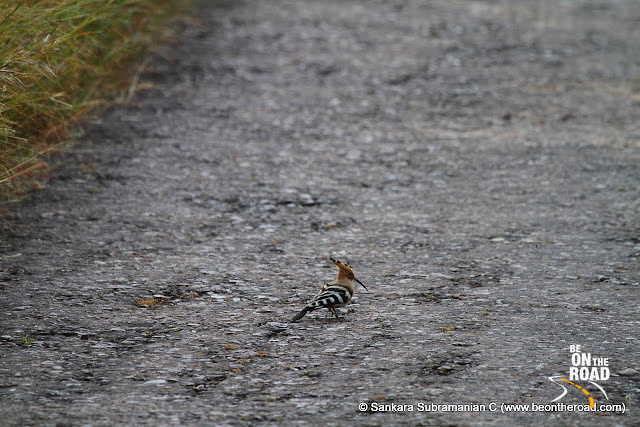 The excitement built to a frenzy when we heard a couple of groups saying that they saw a group of 6 tigers – an adult male (father), an adult female (mother) and 4 cubs. We had our share of luck too when we saw a sloth bear in the thicket and some gaur both up close and at a distance. And when we didn’t get to see the mammals or birds, we would immerse ourselves in the giant wood spiders and their massive webs that could be seen in large numbers all over the forest. 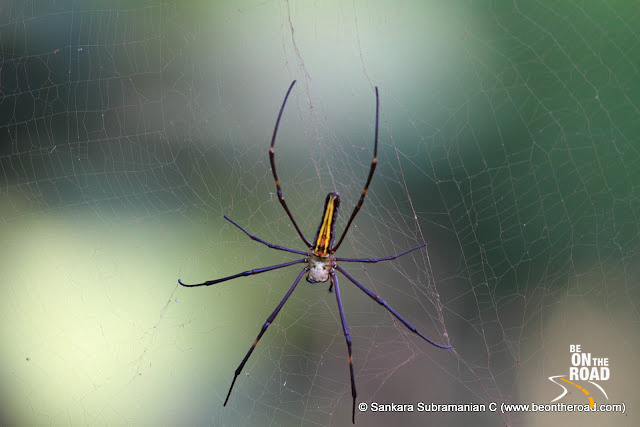 As we kept our search for the largest carnivore of Tadoba, we found that Tadoba was sparkling clean. Not a piece of plastic or any garbage could be seen anywhere. In fact, we used to notice jeep drivers and guides picking up plastic from the jeep tracks and putting them in their vehicles. I guess in that sense, the Tadoba forest department is doing a great job. 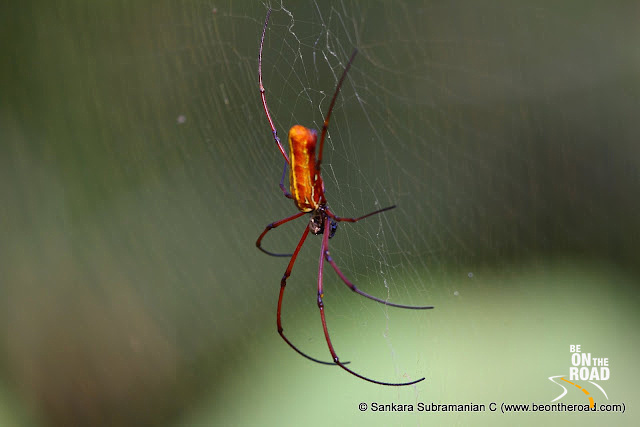 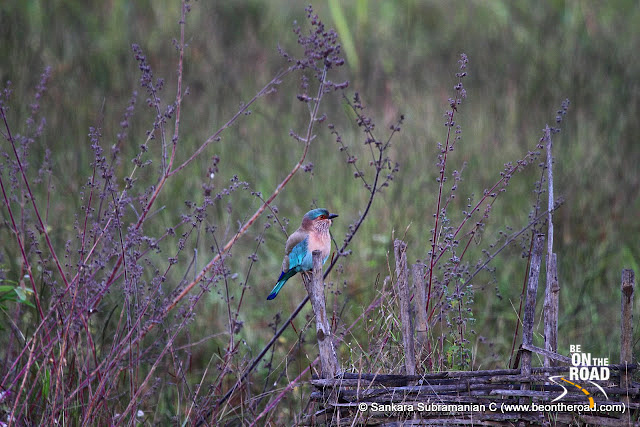 As we kept our search going, we would regularly hear stories from other groups on how they saw the tiger. Now, tiger sightings in the wild is a matter of pure chance as we all know. But, these stories have different effects on different people. For those who are regular wildlife visitors, this just eggs them on and make them feel that the law of equilibrium is going tilt in their favour soon. While, the tourist feels dejected and sometimes even feels that he has been cheated. 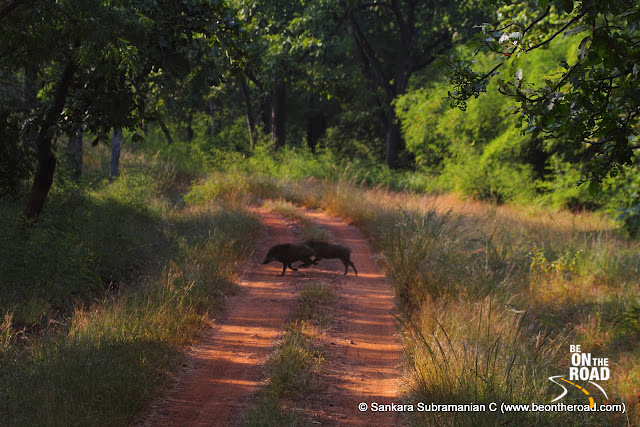 In our small group of 3, our hopes were high and we ended up scouring different parts of the forest and different terrain, from dense forests to lake sides to bushes and grasslands. But, our tiger sighting kept evading us. Each day after our evening safari, we would come back to our camp and talk to locals and listen to their stories. 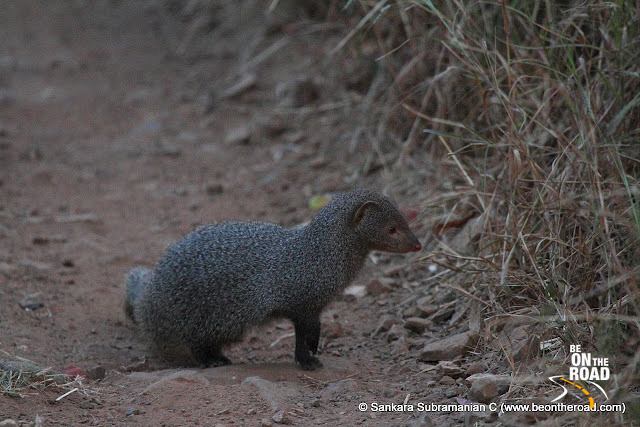 This is when we met Shalik Jogwe, one of Tadoba’s well known naturalists and key member of the wildlife conservation society. Shalik has been working in this forest for than a decade and listening to him was such an immersive experience as he shared stories, eco tourism plans, educational plans for the locals and many more. 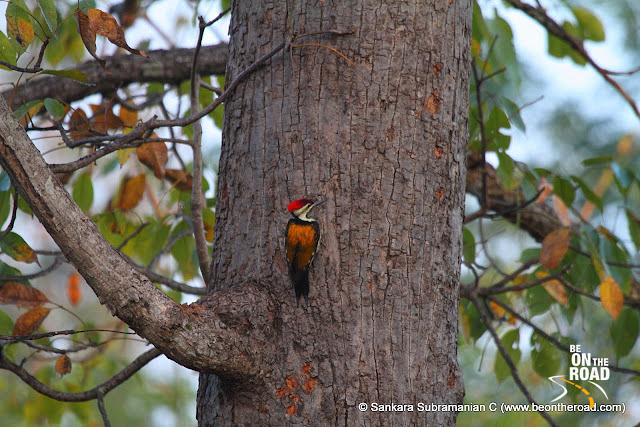 Finally, it was time for our fifth and last safari and we had still not given up hope. We played the waiting game and did the distance game, but lady luck was still eluding us. And then, when we were about 5 minutes from our exit gate, a Tata Sumo vehicle in front of me braked suddenly and that is when our luck changed. 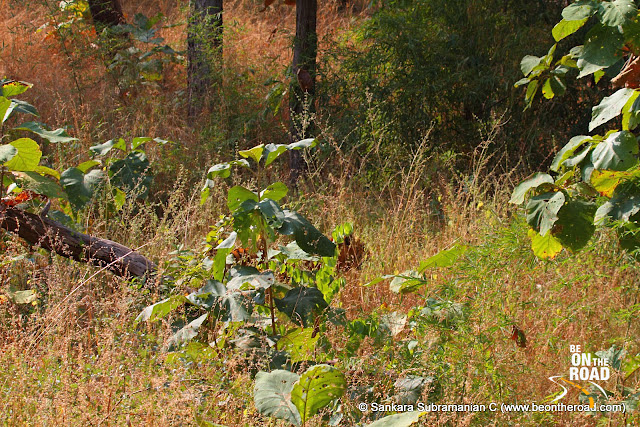 It was here that I saw the Bhamera Male tiger walk in front of the Tata Sumo vehicle, cross it casually, give us a customary glance and disappear into the bushes. Thankfully, I was awake and hence saw this entire sequence of events, unlike my friends who were dozing and saw only the later half of the sequence. The entire sighting would not have been more than 15 seconds, but the adrenalin rush was tremendous. Such was the adrenalin rush that I forgot that I had my camera around my neck for a good 10 seconds before getting it into fire mode. Same was the case with my other friend. 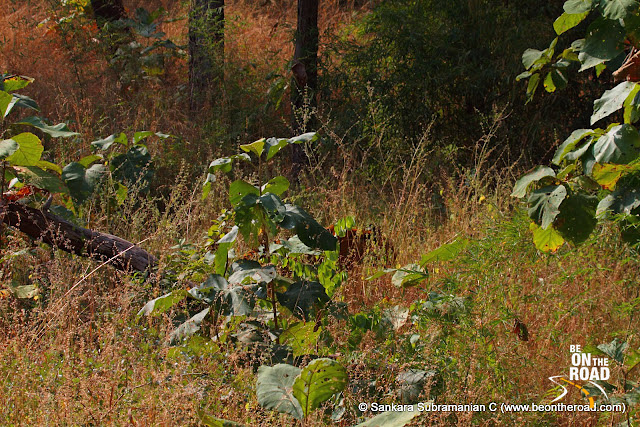 A natural sighting in the wild is a different experience altogether and is so much better than sitting around a waterhole or chasing them based on information provided by other jeeps. The only negative about this sighting was the Tata Sumo vehicle, which was less than a foot away from banging into the tiger. But, this hardly disturbed the tiger and he walked as majestically as possible. After all, he is the true king of the Indian Jungles. 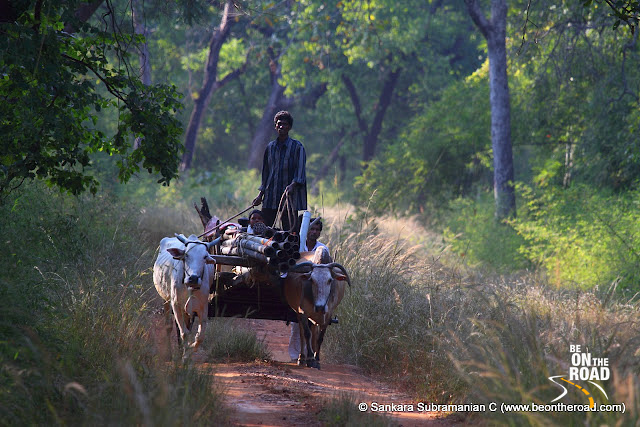 After seeing the golden yellow coat with black stripes, the mood in the jeep changed completely from being lethargic to having super animated conversations. A beaming smile could be seen everywhere. Such is the aura of the Tadoba Tiger. I am just hoping that this place remains a healthy ecosystem as ever!!